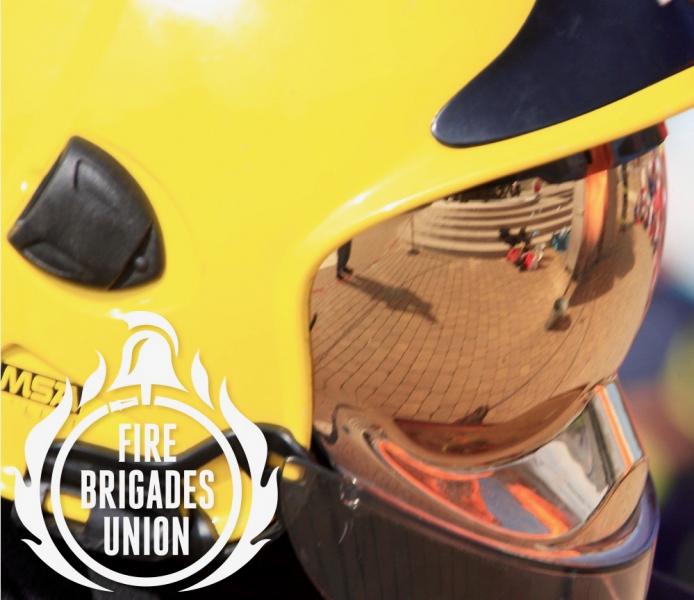 The Union has won a vital and tremendous success today. The Honourable Mr Justice Kerr handed down a judgment in a case brought by the Fire Brigades Union which declared that the Close Proximity Crewing duty-system requiring firefighters to work a continuous 96 hours on duty at a fire station was unlawful and declared that its operation must be brought to an end.

Similar duty systems are in place at a handful of stations in some other fire and rescue services. The case was brought in relation to South Yorkshire but there are “knock-on” implications arising from the judgment and the Union will be taking the necessary steps on that matter in due course.

The judicial review was brought as a result of the Union being frustrated that the fire authority and its officers were flouting the law by ignoring the employment tribunal decision.  The Union sought legal advice from lead employment lawyers Thompsons to take steps to seek a judicial review. The case was heard on 26 April 2018 and the Union was represented by Mr Oliver Segal QC.

South Yorkshire Fire and Rescue Service/Authority sought leave to appeal and this was refused by the High Court. We await to see if the FRA makes a plea to the Court of Appeal to allow them to do so. The fire and rescue authority and SYFRS have already wasted hundreds of thousands of pounds of taxpayers’ money on this case - despite the fact it had recognised and unambiguously declared from the very beginning that it was introducing the duty system knowing full well that it did not comply with the Working Time Regulations.

A summary of the judgment, based on a briefing provided by Thompsons, which brings attention to the most salient points is provided below. The paragraph numbers in parentheses are reference to the numbered paragraphs in the judgment. A copy of the judgment itself can be viewed at:

SUMMARY OF THE JUDGMENT

In broad terms the decision is a strong endorsement of the FBU’s position, and some of the strongest language is reserved for the regulation 10 position (i.e. 11 hours continuous rest) such as,

“I conclude that the position under regulation 10 is not defensible. … I do not see how the CPC system as it exists at the four fire stations in South Yorkshire, can operate lawfully in compliance with regulation 10. I agree with the Employment Judge that the breach is blatant and obvious and I note that Mr Courtney also agrees” [paragraph 117].

This leads to the conclusion that

“…CPC in the form used in South Yorkshire does not and cannot operate in accordance with the [Working Time] Regulations” [145].

The judge also notes that

“…the illegality is continuing and there is a concerted plan [by the respondent] to continue the unlawful conduct” [141].

and that when discharging its statutory functions, the respondent

“…cannot perform one legal duty by breaching another.” [148]

The respondent comes in for strong criticism for its position. The judge says

“I am troubled that the stance of the Authority and the Service offers an affront to the rule of law”[142].

This is substantially on the basis that they impermissibly raised their own judgment as to what was best for firefighters above the protections for health and safety which are set out by the legislature in the law:

“Mr Blunden says in his witness statement that to stop CPC would compromise public safety and insists that firefighters working CPC shifts are safe. With respect, that is not a judgment for him or one the Authority is empowered to make. It is a judgment made in the applicable legislation, which determines what is acceptable for the health and safety of the workers concerned. Mr Blunden and the Authority cannot be heard to say that the workers need not worry as they are quite safe without the standards set by the law being met” [142].

“The Authority cannot choose, even with the best of intentions, to strike the balance between the safety of its workers and that of the public in a manner different from the balance struck by the law. It is no answer that the workers concerned are paid handsomely to connive at the breach; nor that they are in fact safe and not in need of the law’s protection” [146]

Indeed, whilst the judge specifically says that he will not go so far as to say their action was criminal [109], he notes that,

“The Authority must be aware that its position under the criminal law is not comfortable, but it is currently afforded a measure of de facto protection by the refusal of the HSE to take any action and the statutory bar on any private prosecution except with the consent of the Director of Public Prosecutions (see regulation 29C of the Regulations).” [108]

The HSE themselves face sharp criticism for their refusal to take any action:  their conclusion that 2-2-4 was not working time regulations compliant is described as “unsustainable” [62] and “patently bad” [128]. Instead the judgment reaches the conclusion that

“Mr Carbutt’s written evidence demonstrates conclusively that the 2-2-4 shift system complies with the Regulations. The tribunal in Mansell rightly agreed, at [39] and [40].” [128]

A night worker’s normal hours should not exceed 8 hours except in certain circumstances. The judge agrees that firefighters on CPC are night workers [93] and that the 8 hour maximum is exceeded [94].  In a point which may be seized on by the respondent he says that the rest breaks received for post-midnight call outs ‘may not be on “working-time”’ [96].  However, for the reasons he gives in [97 – 98] he concludes that,

“I do not think that the Service or the Authority is providing CPC shift workers with “an equivalent period of compensatory rest” where CPC shifts are worked. The brief respite afforded to firefighters following post-midnight call outs at CPC fire stations do not come near to satisfying the requirement to provide “compensatory rest” periods.” [101]

This is because they are not a proper break away from work and arise randomly [102], they don’t correspond to the legal breaks identified in the legislation [103], and because none of the CPC shifts are ‘exceptional’ for the purposes of the defence in regulation 24(b) since,

“The CPC system forms part of the regular routine shift system at the fire stations where it is used. They are not exceptional.” [104]

The judge makes it clear that the respondent cannot rely on the defence in regulation 22 about not being able to take the rest during the shift, and so being able to take it afterwards. He says that that applies where a change in shifts happening, e.g. a move from days to nights, and that that is not the case with CPC [113 - 114].

The judge also notes that the legislation does not provide a proper remedy for breach of regulation 10 rights under CPC [116] which is a key reason for granting relief in this judicial review.  The route is through the Employment Tribunal and that was done in Mansell,

“The FBU was reasonably entitled to expect that the Authority would either appeal the Mansell decision or comply with it. It did neither.” [82(9)]

“This is, as history has shown, the very remedy which, though successfully invoked, has failed to check the continued use of CPC.” [127]

This is a strongly worded ruling.  It relates to the fact that the respondent acknowledged throughout that CPC was not Working Time Regulations compliant, but continued with it.  In doing so he bore in mind that,

“the objective of the Directive, transposed into domestic law by the Regulations, is to protect the health and safety of workers by placing limits on their working time, subject to permitted derogations and exceptions.” [90]