Tam was selected to take up a Temp National Officer role in 2018, this situation/role will be reviewed by FBU conference this year, an Tam was finally appointed to this role in 2019.

Tam has carried out some fantastic work in relation to the FBU centenary and the wide ranging events that surrounded it in this role, along with many ongoing issues to support members at a national level.

Previously he was first elected as Executive Council Member in 2006 and subsequently re-elected with increased numbers of nominations in both 2010 and 2014, Tam McFarlane is the senior Official for the South West Region of the Fire Brigades Union. A Firefighter in Somerset for 20 years, Tam has risen through the FBU ranks, serving as an Official at every level in the Union. He has served FBU Members as a Branch Official, a Health & Safety Official and Brigade Secretary for Somerset before progressing to regional level. His first regional position was as the South West Regional Secretary before being elected as Executive Council Member.

Tam headed up a high profile and very effective regional Union team, which is highly regarded across the region’s trade union movement and has a hard-earned reputation for:

Under Tam’s leadership, the team has also won Trades Union Congress (TUC) awards for its high profile campaigning work and has been recognised as the main innovators of social media and modern communication within the FBU UK Regions. In order to improve communications with members, Tam introduced an innovative series of 'FBU video updates' which is now a regular feature at a national level. The updates, in which Tam puts questions to the General Secretary and other senior FBU officials, have proved incredibly popular with members and has won a communication award from the TUC for the number of views they attract and the direct manner of getting important information out.

Tam has extensive experience across the trade union and working class movement.  Not only has he served on the Executive of the South West TUC, but he has also represented, and spoken on behalf of, the FBU at the national TUC for seven consecutive years. Tam has spoken on platforms alongside Tony Benn, Bob Crow, Brendan Barber and Ken Loach and has campaigned for firefighters & the Fire and Rescue Service at every political level, including directly to the UK Cabinet Office and the European Parliament.

Having served his full career in the South West,Tam has developed a comprehensive knowledge and appreciation of every duty system served by all FBU members. Also, his technical knowledge of Fire Service issues has seen him appointed to several national FBU and Fire Service Boards and committees.

He plans to continue building the reputation and effectiveness of the South West Region FBU by continuing to deliver a strong and united Union, which serves individual members and fights for the collective. 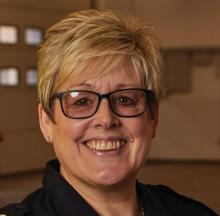 Val has recently been elected as Executive Council Member for the South West Region following the retirement of Trevor French. Val has held many positions within the union over the years including Branch Representative for Control, Brigade Vice Chair and the Control Staff National Committee Member. Prior to being elected as EC Member she held the position as Regional Treasurer for over 18 years.

Over the years Val has been an official she has represented members across a wide range of issues. She will continue to work exhaustively to defend all members; Wholetime Firefighters, RDS Firefighters, Control Staff and Officers collectively and individually.

Val has served for 35 years in the fire service. Starting Fire Control in Wiltshire Fire Brigade and is now a Station Manager in Dorset & Wiltshire Contol Training Team. 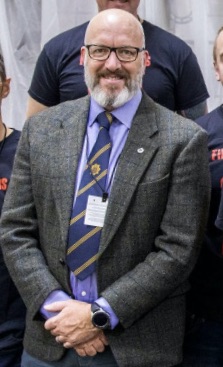 Guy was elected Regional Secretary following a short stint as Regional Chair after service as the Brigade chair in Cornwall.

Guy is a Station Manager in Cornwall FRS.

Scott was elected to the role of Regional Chair in March 2020 after serving as Brigade chair in Devon and Somerset for many years.

Scott of a firefighter serving at Barnstaple fire station. 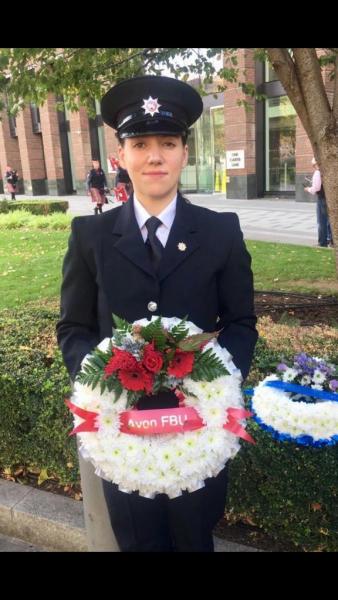 Amanda has been a Firefighter with Avon Fire & Rescue for 12 years. She has served at Bath, Avonmouth, Yate and Patchway. She is currently on Red Watch at Weston - Super - Mare.

She was elected as Brigade Organiser for Avon 2 years ago and July 2021 she was successfully elected to the position of Regional Treasurer.