Next steps with the report

The Grenfell Tower Inquiry (GTI) Phase 1 report has now been in the public domain for three weeks and is the subject of ongoing discussions. This circular updates members on the steps head office is taking to take these matters forward.

1. Listening to the Grenfell Community

The FBU will continue to show our solidarity with the community and listen to the bereaved, survivors and residents, including their criticisms of our industry. We are actively seeking discussions with Grenfell United, Justice for Grenfell and other local organisations about the report and its recommendations. The union will not allow politicians or the media to divide firefighters from the community: we share the demand of justice and will campaign alongside everyone who wants justice for Grenfell.

The FBU and many other organisations have broadly welcomed the Chair’s recommendations. The union believes they should be widely discussed within our industry and that governments, especially at Westminster, have a duty to ensure they are implemented swiftly.

The FBU has approached politicians, chief fire officers, fire safety specialists and residents’ organisations to propose a coordinated national response to implementing the recommendations. The union believes that many of the recommendations for the London Fire Brigade are also applicable to every fire and rescue service across the UK. Given the assistance provided by four other control rooms to the LFB on the night of the fire, the report applies to more than one brigade.

The Chair’s recommendations have substantial resource implications, which require sustainable central funding to ensure they are carried out. Urgent practical discussions are needed to make sure every proposal can be made workable. There needs to be a national oversight body to ensure all interested parties have a voice and can participate in improving the fire safety regime. The union is exploring proposals to work with Inquest (a charity that provides advice on state related deaths and their investigation) on the establishment of such a body.

3. Detailed FBU Response to the Report

The FBU will publish a detailed response to the report in the near future. This may become be a formal submission to the GTI, as well as an interpretation for our industry and the wider public. This will assist us with preparations for phase 2 of the inquiry, which is due to begin in late January 2020.

The union’s response will recognise a number of positives in the report. The judge has treated the bereaved, survivors and residents with dignity and respect, paying tribute to the lives of those who died. The report makes a valuable contribution to the work of the coroner. The report’s recommendations set forth a vital programme of fire safety that should inform discussions in the sector for many years to come.

The report is very clear on the causes and origin of the fire. It is right to identify the cladding on the external walls of Grenfell Tower as principally responsible for the spread of fire across and inside most of the building. The judge has rightly concluded that the cladding was in breach of the Building Regulations.

The report also raises some genuine failures by LFB principal management, including its high rise and control policies. It is critical of the lack of planning, procedures and preparation for a fire of this nature. The judge is clear that firefighters and emergency control staff were not properly prepared or trained for a fire of this magnitude. The union believes these criticisms apply across the UK and that improvements need to be made in every fire and rescue service. This requires government-level oversight and guidance.

The FBU will also explain our criticisms of the GTI report. In particular the union will challenge the assertion that more lives could have been saved if a mass evacuation had been called earlier in the fire. The Chair came to conclusions as to how Grenfell Tower should have been evacuated without any evidence from the expert witness instructed to advise on evacuation. As a result, he made harsh criticisms of individual incident commanders, control staff and firefighters, which need to be challenged. The union will also evaluate the Chair’s plans to carry over certain matters for phase 2.

The FBU will continue to call attention to the scale of the national crisis in building safety that Grenfell has uncovered and subsequent cladding fires continue to illustrate and highlight the need for urgent action by central government.

The Grenfell Tower fire and the inquiry into it were meant to be a turning point for fire safety. The report is a step in that direction but there is still much to do. The FBU will continue to engage with all aspects of the investigation, to ensure firefighters’ voices are heard and that our communities are properly protected.

We will continue to keep you informed of important developments. 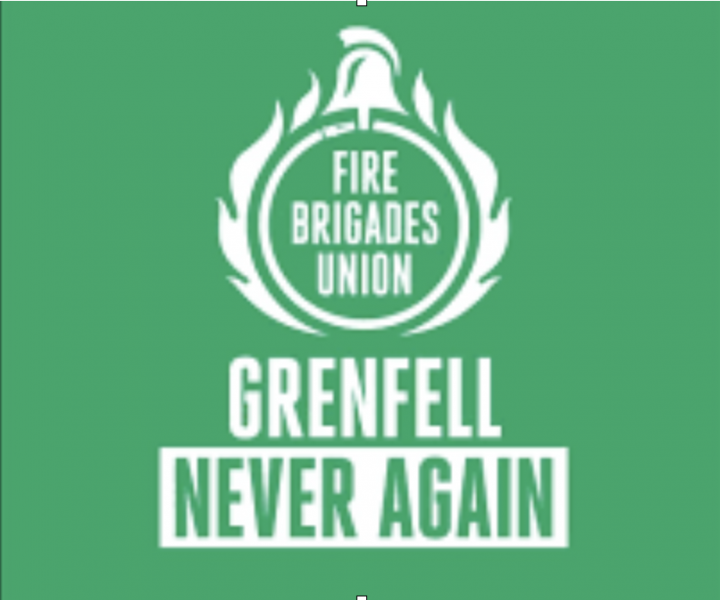 The departure of the LFB Commissioner: firefighters are being scapegoated ›