Our recent national conference discussed the latest state of discussions around pay. The FBU has been part of the wider campaign within the trade union movement to challenge the 1% pay freeze and to demand central government funding for realistic pay rises to enable public sector workers to begin to catch up on the loss in real income which has arisen as a result of government policy. Conference acknowledged, however, that this broader trade union campaign has not currently led to a central or coordinated campaign of action which has forced concessions on this issue from central government.

In the fire and rescue – as with other public services, the central challenge is the significant and sustained reduction in central government funding for the fire and rescue service (alongside other public services). This has created the situation whereby local fire service employers argue that they are seriously constrained in making offers on pay as a result of their budget position. This has then reflected by the national representatives of the fire service employers through the employers’ side of the National Joint Council (NJC).

A key challenge for the union, therefore, is ensuring adequate funding for investment and pay rises within the fire and rescue service. This process is complicated by the fact that although the NJC is a UK-wide body, fire policy is a devolved matter. We are therefore dealing with four governments across the UK.

The NJC met in Belfast on 13 June. It was reported to both sides of the NJC that meetings (including the FBU and the employers) are scheduled over the coming weeks with ministers in Scotland and Wales. There is currently no minster in place in Northern Ireland. Arrangements are also being put in place with the employers to meet again with the Westminster fire minister, Nick Hurd. All these discussions are aimed at making the case for and delivering improved funding for the service, including for pay. The first of these latest meetings takes place this week in Wales.

In relation to the potential broadened role of the service, the following points are important to note.

These complications are part of the factors driving the discussions on the role of the FRS and the role of FRS employees. Additionally, our Conference has agreed to discussions with our employers and with governments across the UK about the current and potential future role of the fire and rescue service. The aim of these discussions has been to make the case to government/s for sustainable investment in order to protect the service, including jobs within the service, and to improve pay. Conference discussed the complications and difficulties facing the union in relation to these discussions. It was acknowledged that there is no short cut to addressing these issues nor any way to avoid addressing head on the issue of government funding for the service.

We are now aware that a series of NJC employers’ side consultation meetings will take place in the next few weeks with all fire service employers (Chairs of authorities and Chiefs). We understand that these are to finalise a position on pay from the employers. This means that any proposal from the employers will not arrive before the pay settlement date of 1 July. The next few weeks are therefore crucial to these discussions and the Executive Council and other bodies of union may need to meet at short notice. Further reports will follow as these discussions develop and as new information emerges. 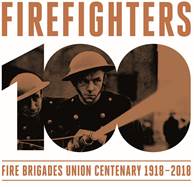